On Wednesday, September 9th AFC MO17-1 played their second beker match against Buitenveldert. It was an interesting match and it was very entertaining to watch. The first goal was scored by Fay, a beautiful goal from the 16-meter line. 6 minutes later an amazing goal by the midfielder Alex. With a corner from Fay, Alex got the ball via another player and scored from the 5-meter line. The goal that made the score 3-0 was also from Alex. A beautiful shot from right outside the middle circle and perfectly under the crossbar of the goal. 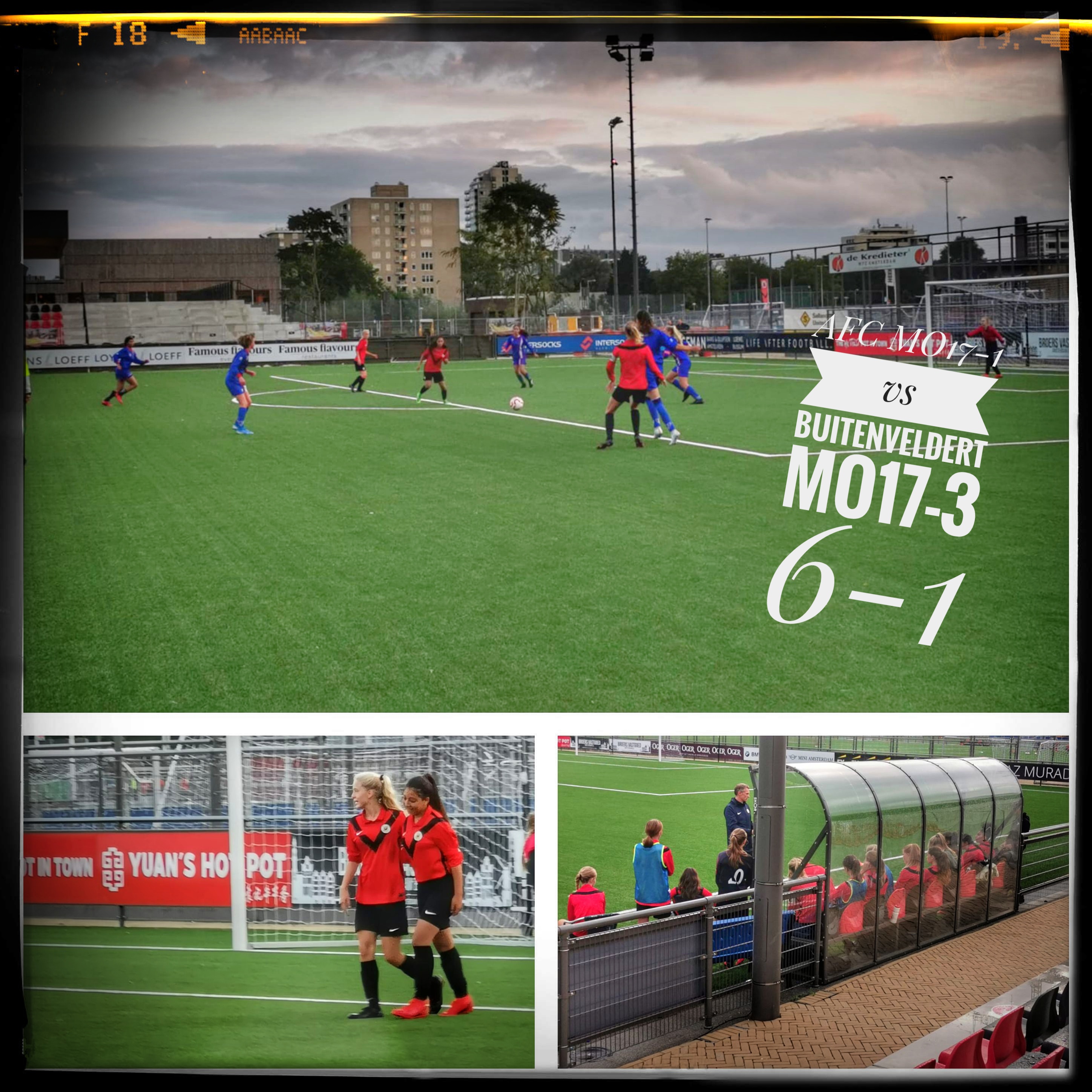 The fourth goal was the last goal from the first half of the match scored by Mar from the middle circle of the field. In the second half of the game, Buitenveldert scored a goal with the assist from the corner that made the score 4-1. A few minutes later Carmen scored after Soraya shot but was blocked by Btv making the score 5-1. The last goal of the match was also scored by Carmen making the end score 6-1 and AFC gaining 3 points!